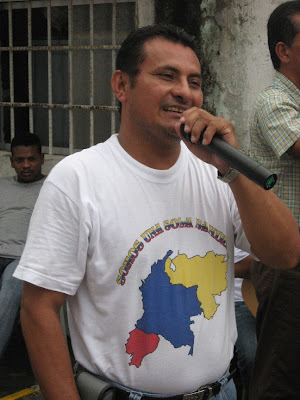 trying to spread the word a bit, Scott.

Hi Scott, thank you for putting the word of events that happen in the shadows of Colombia in the internet's light. The story you describe is distressing but I do not know what would be the action to take. Do you have any idea about what kind of action could influence events and get innocent people released?
Regards, Ricardo

I don't have time for a complex response...as a cousin to Scott, I have many thoughts...I am sorry about this latest development. I try to keep hyperbole to a minimum, but since I have a background only too related to these types of issues, I find it difficult at best to be entirely succinct. Letters to congresspeople do work over time...as the example of the change away from apartheid in South Africa amply demonstrated.

Hello there, simply turned into aware of your blog thru Google, and found that it is really informative. I’m gonna watch out for brussels. I will appreciate in case you continue this in future}. Lots of folks will probably be benefited from your writing. Cheers!