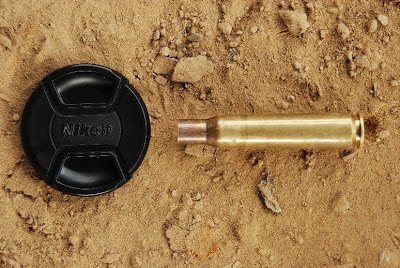 We heard gunshots as we were having dinner in the community of Filipinas () on June 25. FARC guerrillas were attacking the soldiers that had arrived in town that morning. I looked at my watch and noted that it was – something concrete to focus on in order to avoid the fear that I was feeling.

The bursts of gunfire were becoming longer and the direction of the sound was changing. It seemed as though the shots were coming closer. There was a particularly long, and ugly, burst of automatic rifle fire. At one point, shots were fired in the plantain grove – 100 yards away.

We also heard explosions which could have been army mortars or guerrilla cylinder bombs. The guerrillas sometimes launch propane cylinders filled with shrapnel – deadly devices that often veer off course and miss their intended target.

A group of soldiers had set up camp in the neighboring house – 50 feet away. I was afraid that the explosions could have been cylinder bombs and that the guerrillas would attempt to hit the army encampment. I counted the explosions (something else to focus on) and noted 16.

“My God! My God!” cried the woman who had invited us for dinner. “Why don’t they just leave?” she said in relation to the soldiers. She was also afraid that their presence would draw bullets or bombs.

I motioned a few times to my friend Nidia and mouthed, “Let’s get on the ground!” but she and the others didn’t seem to think that was necessary. We heard some more shots and I finally said to everyone, “You can stay seated, but I’m going to get down on the ground.” I then laid down on the dirt underneath the table. The family puppy joined me and I nicknamed the two of us, “The Brave Ones.” The sight of the gringo and the puppy provided some comic relief and, at that point, the gunfire and explosions ended.

I dusted myself off and we walked to the center of the community. Gunfire sounded again while I was inside a small store. This time I didn’t hesitate – I immediately laid down on the floor. I looked at my watch and noted that it was 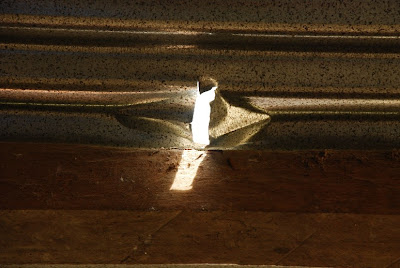 A helicopter came and circled overhead five minutes later. A roar of machinegun fire came from the helicopter – the ugliest sound I’ve heard in my life. I looked behind me and saw Nidia crouched underneath a table with her son Brandon, who was crying. One of the bullet cases tore through the metal roof of a house fifty yards away and landed on the ground a few feet from a mother and child (see attached photos).

The following morning we learned that four soldiers had been seriously wounded in the attack. The troop commander came to talk with us and we expressed our sorrow for those soldiers. We stated our concern that the ongoing presence of soldiers in the community, and encamped in people’s homes, was putting the civilian population at risk. The guerrillas were also endangering civilians by attacking the soldiers inside the community.

We had traveled to Filipinas for a human rights workshop organized by the Arauca Peasant Association (ACA). The workshop was suspended because of the danger posed by the presence of the soldiers and guerrillas. The troop commander told Nidia, the workshop facilitator and me that we would have to leave the area. Before leaving, we went to the home of the ACA president – at least ten soldiers were encamped around the house.

Gunshots rang out again about half an hour after we left Filipinas. The ACA president’s horse was struck by one of the bullets and killed.

I’ve been experiencing a growing commitment to the non-violent struggle for justice. The actions of both the guerrillas and the soldiers put the children and adults in Filipinas at grave risk. Seeing their fear, and experiencing my own fear, has deepened my opposition to the blind hatred embodied in the barrel of a gun.

Terror of the "people's army"

The “Revolutionary Armed Forces of Colombia – People’s Army” (FARC) guerrillas murdered two teachers here in the state of Arauca during the week of June 8. I traveled to Arauca City on June 12 for their wakes – which were held in the Arauca Teachers Union auditorium.

Pablo Rodriguez, of the Sikuani people, taught in the indigenous school in Marrero. He was murdered in his classroom by the FARC on June 9. Because of the difficult access to that community, his body wasn’t recovered until two days later. When I arrived in Arauca City, the wake had finished and the funeral procession was marching to the cemetery.

Humberto Echeverri taught for 18 years in the community of Los Colonos and he was with his students on June 11. The Social Pastorate program of the Catholic Church has a nutrition and community garden program in Los Colonos, and they were monitoring the weights of the children. FARC guerrillas came into the school and told Humberto they needed to speak with him. They led him away, prevented the people from following, and then killed him.

The wake for Humberto began shortly after 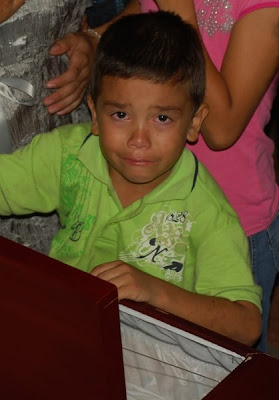 I arrived at the union office. I heard a woman crying out and I followed her cries into the auditorium. Arelis, who is eight-months pregnant, was leaning over the coffin of her spouse. She was accompanied by their two children - Jorge and Andrea.

Jorge told me that he is six-and-a-half years old. “The FARC took him a long ways away,” he said. “There were three shots – one in the air and two at my papa. It’s sad.” Andrea said that she will turn ten this month and I could see the tears in her eyes.

Humberto was another victim of the war between the two guerrilla groups, FARC and ELN (“National Army of Liberation”), in Arauca. That war began in late 2005 and it appears to be esca 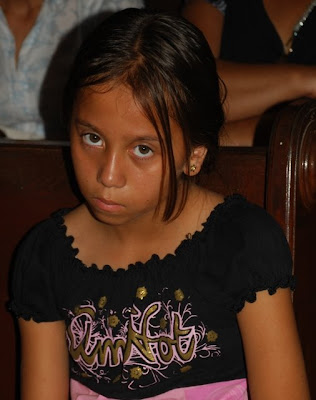 lating once again. The FARC and ELN both profess to be fighting for social justice but here in Arauca they’re acting just like the paramilitary death squads – threatening and killing civilians that they view as supporting the other side. Their war is solely about the control of territory and resources in Arauca.

More than 350 civilians have been killed as a result of that war and thousands of people have fled from their homes. The FARC and ELN have now caused more damage to the Arauca social movement than the military and their paramilitary allies were able to accomplish in two decades.

Teachers and other community leaders in Arauca are afraid for their lives. The FARC has threatened various teachers. The ELN also threatened people prior to the murders of Pablo and Humberto – stating that if the FARC killed anyone, the ELN would respond by killing two or more people that they view as supporting the FARC.

The mid-year school vacation began on June 12 and extends until July 5. Several teachers are unsure about whether they will return to their schools after vacation. Twenty four teachers have been killed in Arauca during the past eight years.

The FARC also distributed a written death threat in late May in which they declared the Arauca State Peasant Association (ADUC) and the Regional Student and Youth Association (ASOJER) to be “military targets.” I live in the social organizations building in Saravena which houses the offices of ADUC and ASOJER.

My friend Robinson spent 18 months in prison for “rebellion” and he was the only person I talked with at the wake that still exhibited some hope. He said, “We have to transform our difficulties into something beautiful.”